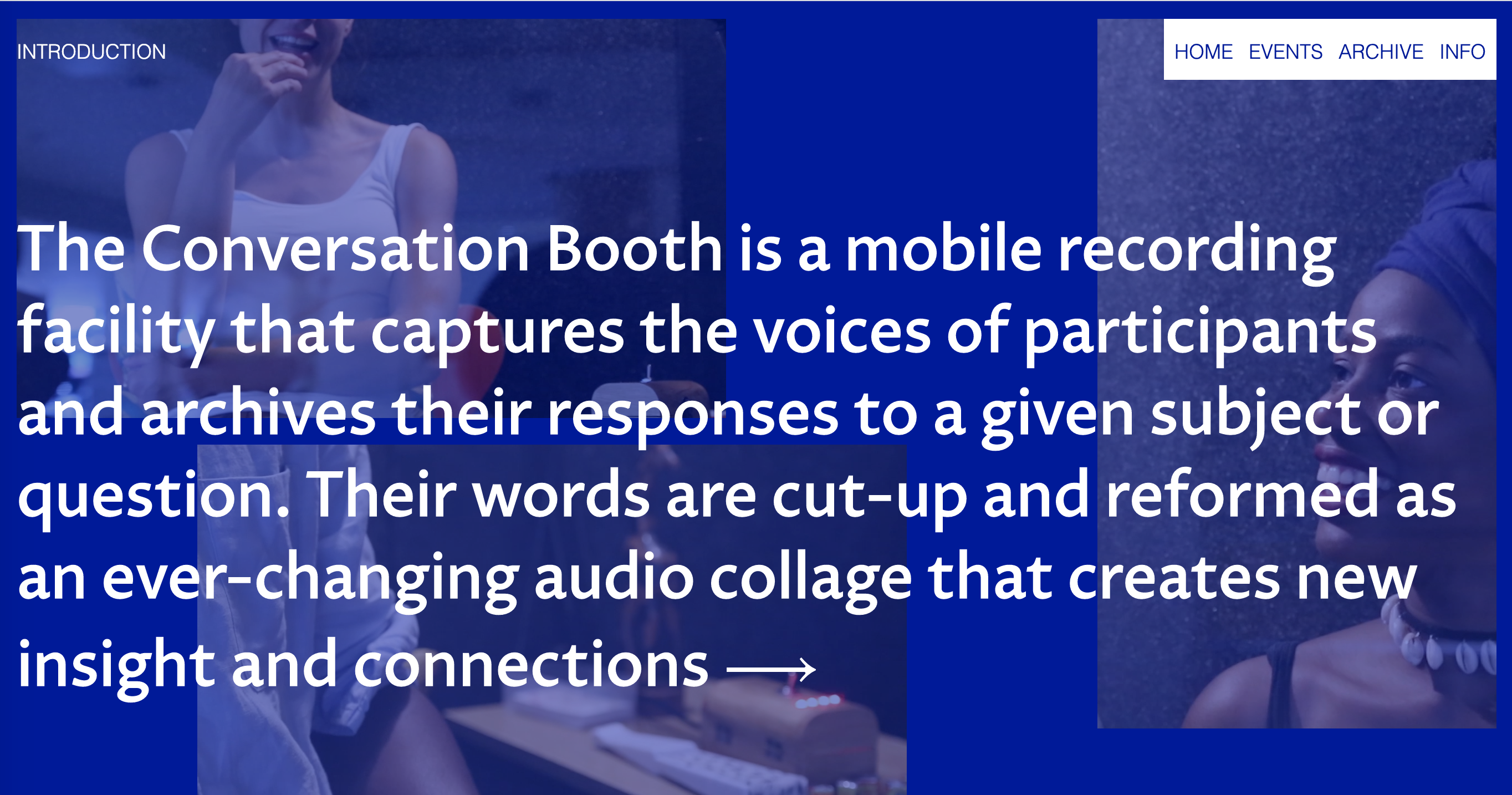 The Conversation Booth is a pop-up sound installation that invites visitors to record themselves discussing a particular topic or question. Their responses are automatically archived by a computer program and recomposed as a living speech collage heard on wireless headphones at the installation and later at the project website.

The project emerged during work on public art and heritage projects with an oral history and community engagement focus. It responds to the need for a neutral and safe space to allow informal conversations between members of a community to flourish. As such The Conversation Booth is a tool for collecting stories and social opinion but also mediates public voices democratically and promotes user agency in the recording process. Contrary to the traditional interviewer-interviewee dynamic, conversations are intended to be supportive and collaborative. The booth is not bugged to capture everything that is said and instead, visitors are given the agency to control audio recording themselves via a dedicated switch.

The Conversation Booth received valuable seed funding from the Goldsmiths Alumni Fund in 2018. Later that year it was installed at events around London by the Mayor of London to collect stories of arrival and community, with the recorded conversations inspiring the project London Community Story. In 2019, the Museum of London commissioned a booth to collect voices as part of Curating London.

Museum of London: What is your experience of pirate radio?
The Collective, Old Oak: What surprises, worries, or fascinates you about your local area? Woolwich Library: What does community mean for you? Goldsmiths College: Stories of arriving in London Queen Mary University: What does mental health mean to you? Southbank Centre: Africa in London, discuss... London City Hall: Stories of arriving in London 310NXR, New Cross: Is gentrification a problem here?